Sun comes down on European season

The concluding leg of the UIAA Ice Climbing European Cup season was staged in the Finnish city of Oulu on the weekend of 19-20 February.

Expertly organised by FINICE, the weekend saw the parallel running of the sixth European Cup event and the standalone European Championships and European Youth Championships. The event organisers also made significant strides with their sustainability programme becoming a model for future events hosted under the UIAA umbrella. Further details can be found here.

The European Cup series in lead is built around a six-event competition in a league table format. The first five rounds were held in Switzerland, Slovakia, the Czech Republic, the Netherlands and Lichtenstein. The European Championships are a one-off event, where the winners on the tower in Oulu took the titles.

Women: Bertling and Tolokonina rise to the top

In the European Cup series, local climber Enni Bertling headed the rankings after five rounds. Her main concern was holding off nearest rival Marianne van der Steen. The two athletes made the final eight in Oulu ensuring the contest went to the wire. The Dutch athlete was first to climb but after a composed start she succumbed after the ninth quickdraw. If Bertling climbed higher, the European Cup crown was hers. This she did with great aplomb. Her performance was good enough for fifth overall. Poland’s Olga Kosek took fourth to seal third place in the European Cup season rankings. 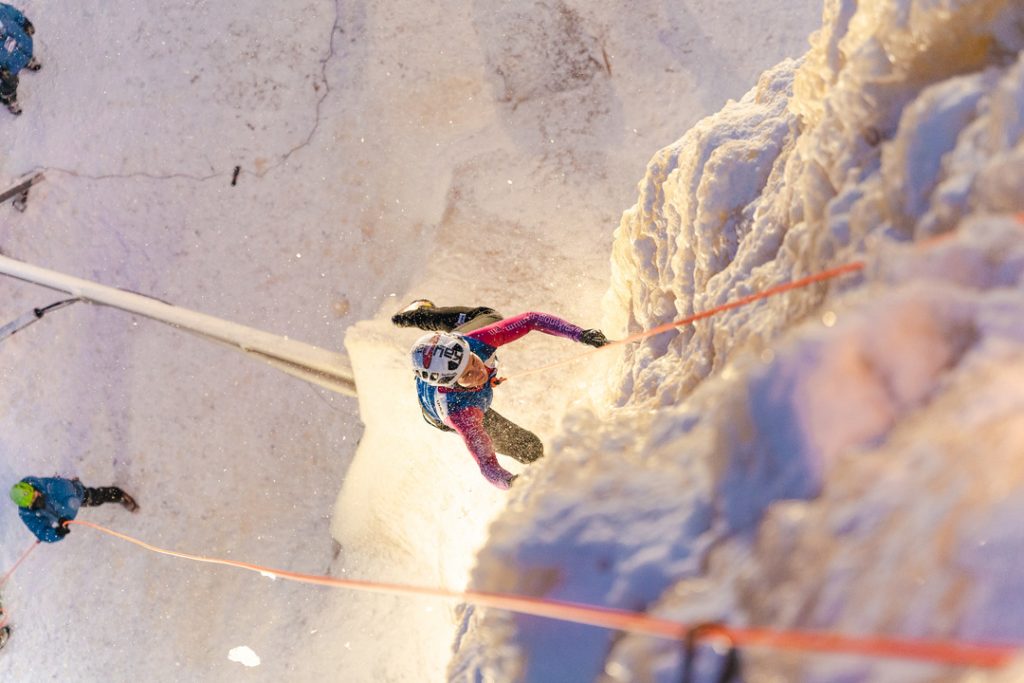 In terms of the European Championships, athletes from Russia dominated proceedings with Maria Tolokonina climbing higher and faster to defeat compatriots Ekaterina Vlasova and Daria Glotova. 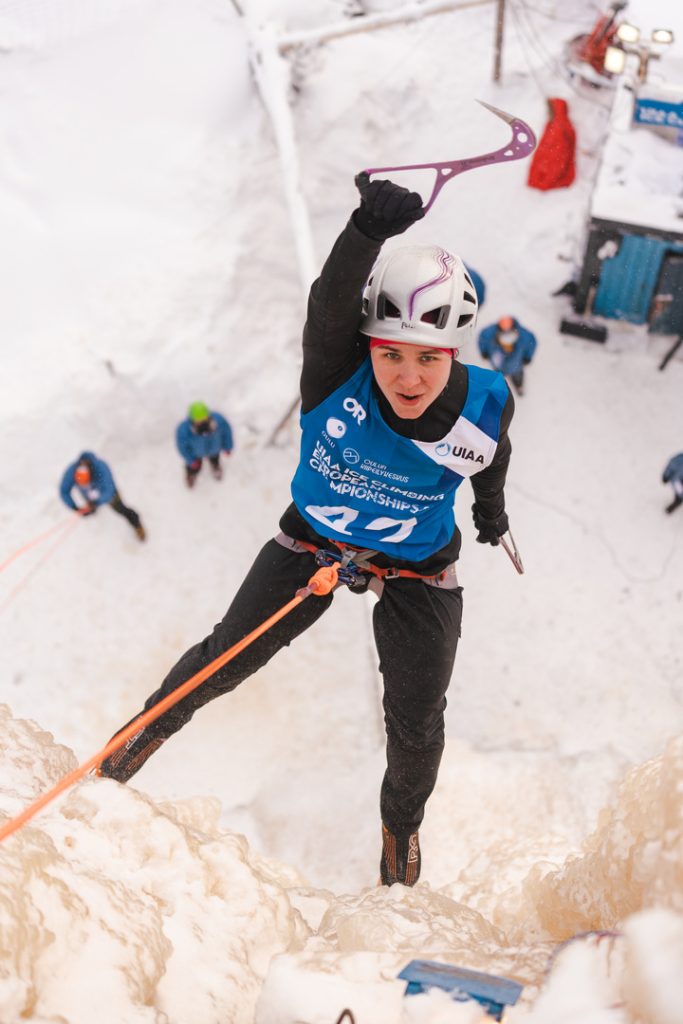 Unlike the European Cup, the European Championships also saw a speed format. World champion Natalia Savitskaia (photo above) stole the show in a time of 12.79 ahead of Irina Dubovsteva (13.50) and Iuliia Filateva (14.09).

Three podiums across six events, including two first place finishes, propelled France’s Virgile Devin to top of the leaderboard. In Oulu, his qualification for the final eight all but assured him of the European Cup title with nearest rival Dennis van Hoek failing to qualify. Despite a spirited effort from Switzerland’s Nikolai Primerov, fourth on the weekend, a fifth place ensured Devin of a hard-fought crown. Primerov finished second in the seasonal rankings and van Hoek third. 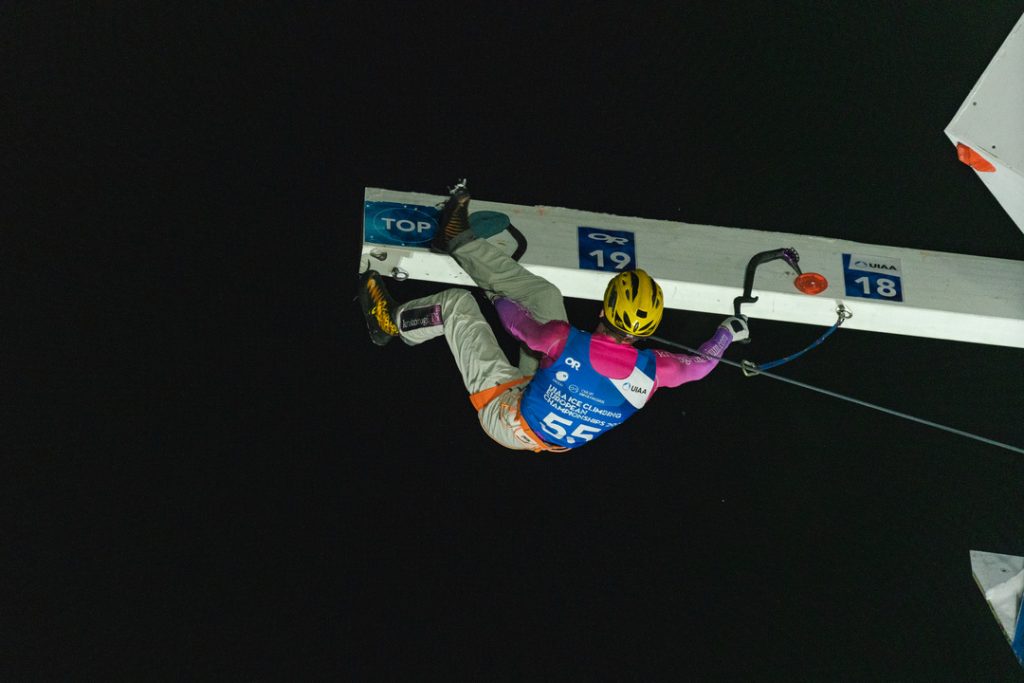 As in the women’s competition, Russian athletes posted a strong performance. Georgy Duplinskiy and Nikolai Kuzovlev (above) shared the lead title, both topping and finishing the route in the same time. Vladim Malshchukov claimed bronze. 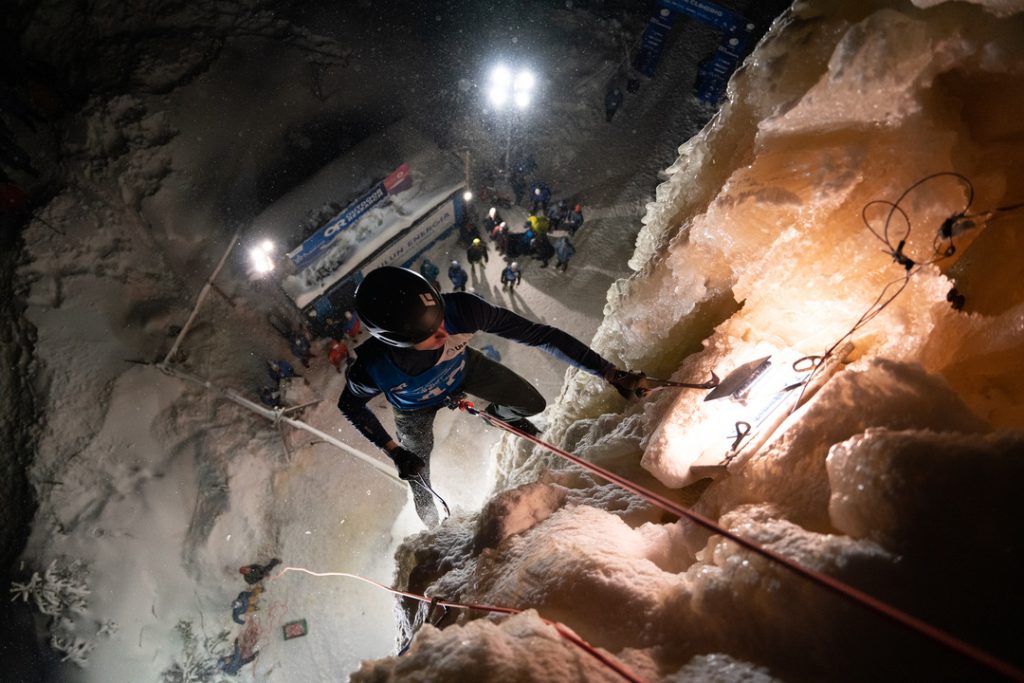 In speed, former World Tour winner Anton Nemov (above) returned to his best form winning in a time of 10.19. In-form Danila Bikulov claimed second in 10.32 and Pavel Shubin third in 10.36.

The UIAA continues to investigate ways that it can make its competition events more sustainable. Ahead of the 2021-22 UIAA…

UIAA Statement on the situation in Ukraine

3 March – Following the statement it released on 25 February, the UIAA – International Climbing and Mountaineering Federation –…

25 February – After careful consideration of all factors, the UIAA Executive Board has decided that, in the interest of…

The winner of our photography competition is @the