The Finnish city of Oulu will host the concluding round of the UIAA Ice Climbing European season from 18-20 February.

After five rounds of the European season, following lead discipline competitions in Switzerland, Slovakia, the Czech Republic, the Netherlands and Liechtenstein, Oulu will crown the overall winners of the season and in parallel the European champions. 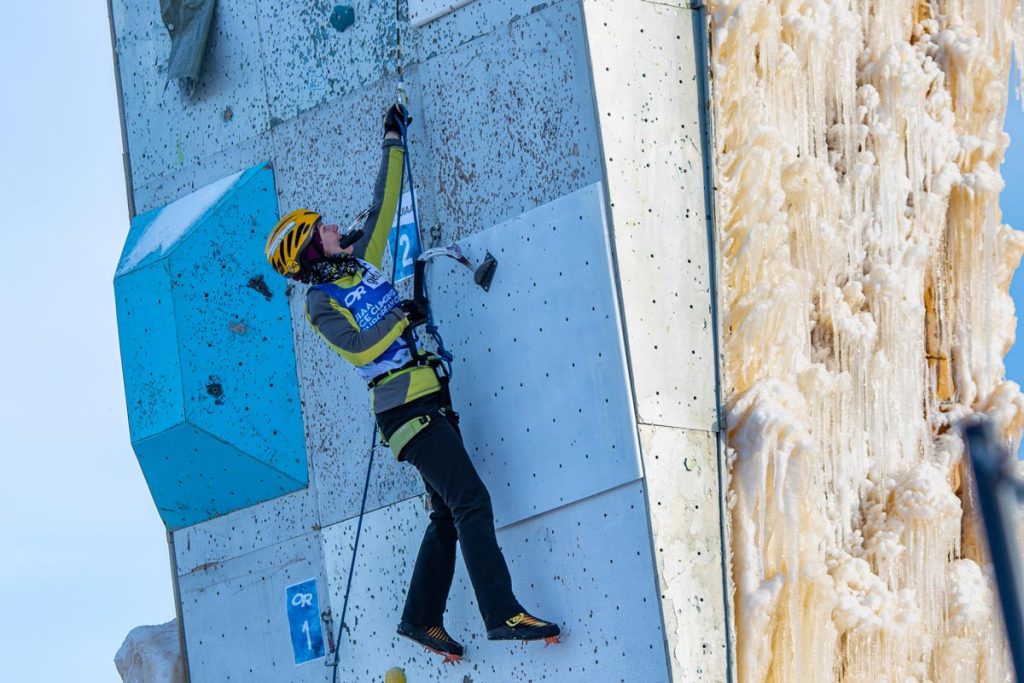 Nearly 80 athletes from 15 countries are currently registered. In the women’s event, local climber Enni Bertling (358 points) leads the European Cup rankings after five rounds. The only climber in a position to deny her the seasonal crown is Marianne van der Steen of the Netherlands (327). The top five ranking women from the European season are all in attendance. Joining Bertling and Van der Steen are Aneta Louzecka, Czech Republic, fresh from starring at the UIAA Ice Climbing North American Championships, was well as France’s Juliette Bergman and Poland’s Olga Kosek.

However with the winner in Oulu also being crowned European champion, competition for supremacy will be intense. The presence of the likes of Maria Tolokonina, Ekaterina Vlasova and Iuliia Filateva will add significant depth to the field.

In the men’s competition and in terms of the European season rankings, France’s Virgile Devin (355 points) will seek to finish ahead of Dennis van Hoek (278 points) and Nikolai Primerov (260), the only challengers for the title. However in terms of the European Championships, decided by the winner on the weekend, the likes of Alexey Dengin, Nikolai Kuzovlev, Pauli Salminen and Jonathan Brown bring extra quality to the field.

Oulu will also host speed competitions, European Championships only, and welcome some of the fastest vertical ice climbers on the circuit including Anton Nemov, Ivan Loshchenko, Danila Bikulov and Nikita Glazyrin in the men’s competition and in the women’s event the aforementioned Tolokonina and recently-crowned World Champion Natalia Savitskaia.

Finals for all events take place on Sunday 20 February.

In parallel the UIAA Ice Climbing European Youth Championships will also be staged with 90 athletes expected to compete.

Details on livestreaming can be found below:

The event programme can be viewed here.

A list of registered athletes can be found here.

Live results will be available on the UIAA Ice Climbing website.

The headlines in Oulu are not only about the competition. FINICE, the event organisers, have aligned with the UIAA’s sustainability plan for competitions. Over recent seasons, in close cooperation with the UIAA Mountain Protection Commission and as part of the wider IOC Sustainability Strategy, the UIAA Ice Climbing Commission has established guidelines for the hosting of more sustainable competitions. This is in response to the UIAA’s signed commitment and participation under the United Nations Framework Convention on Climate Change (UNFCCC) Sports for Climate Action.

FINICE has been one of the close adopters of this approach, using the UIAA’s carbon footprint calculator as part of its environmental plan for the event.

The FINICE sustainability plan aims to:

Full details on FINICE’s impressive and robust sustainability plan can be found here.

Further details can be found on the UIAA website.