Saas-Fee:
Where World Titles Are Decided

The most significant weekend of UIAA ice climbing action in nearly two years will take place in the Swiss Alps from Thursday 27 to Saturday 29 January.

The headline act is the biennial World Championships. Owing to the Covid-19 pandemic most competition ice climbing over the past two years has taken place at a continental level. Only one World Cup event – in Kirov, Russia – was staged in 2021. The same venue hosted the last UIAA Ice Climbing World Championships in March 2019. On that occasion local athletes reigned supreme taking three of the four titles. In speed, Vladislav Iurlov and Maria Tolokonina took the crowns; Nikolai Kuzovlev won the men’s lead title with Korea’s Woonseon Shin victorious in the female event.

This coming week, an impressive cast of international athletes will contest the World Championships crowns.

Livestreaming will be available from all finals (Speed, Lead – including Youth age categories as well as the Lead Semi-Finals) on the UIAA YouTube Channel (subscribe for updates) as well as on Facebook. Embed codes can be found below. The event programme with official timings can be viewed here. 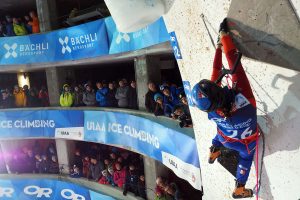 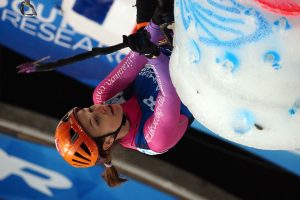 In parallel, U16, U19 and U22 World Youth titles will be decided. The Youth competition is an annual event with the last edition held in March 2021 in Tyumen, Russia. For the first time, the two competitions will be held at the same time, offering youth climbers the opportunity to learn from senior ice climbers and to receive additional coverage through the UIAA’s international platforms including competition livestream. 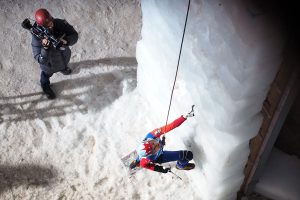 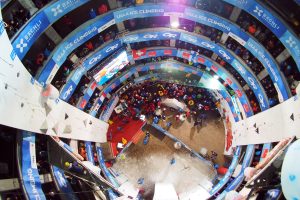 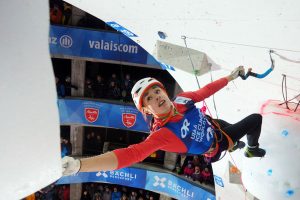 Qualification commences on Thursday. The speed competition will be decided on Friday evening, the lead on Saturday evening. Saas-Fee always attracts a significant crowd who can follow the action from multiple vantage points across the tiered structure.

For live results from the event click here. The official event page can be found here. Short-form highlights will also be posted on the UIAA Instagram channel.

The event is organised in conjunction with the Swiss Alpine Club (SAC).