Men’s Lead: There were high hopes of Korean medals going into the lead final with Younghye Kwon performing impressively in the semi-finals and with UIAA Ice Climbing World Tour legend Heeyong Park turning back the clock. And so it proved with these two duelling for the first two places. As in the women’s competition, no athlete was to top an insidious technical route, with Park using all of his experience of the Cheongsong wall to assume leadership halfway through the final. It proved to be a frustrating round for world champion Louna Ladevant, the last athlete to climb, who uncharacteristically fall early into his attempt. There was some joy for Ladevant family with Louna’s brother Tristan taking bronze. They though will be on home walls next weekend when the World Cup travels to the French Alps.

Women’s Lead: Going into the final lead climb of the weekend, world champion Petra Klingler (main photo) was presented with the challenge of surpassing the height reached by the outstanding Korean athlete Woonseon Shin, former world champion. It soon became apparent that it was not a case of whether Klingler would take the gold but whether she’d top the route. However as soon as gold was assured, a costly fall denied her the chance of becoming the first athlete to complete the route. Klingler’s Swiss teammate Sina Goetz claimed bronze.

Men’s Speed: Iran’s Mohsen Beheshti Rad started the weekend as the athlete to beat. Dominating the competition with blistering ascents, he faced David Bouffard, representing Romania, in the final. In the two climb format, the Iranian world champion gave a truly dominant performance. He completed his first attempt in a pulsating 6.91 seconds, just shy of the weekend’s fastest time of 6.86, set by the same athlete. He also won the second climb to seal the gold medal. Kherlen Nyamdoo of Mongolia took bronze over Iran’s Mohammadreza Safdarian, the first time he has finished on a World Cup podium. 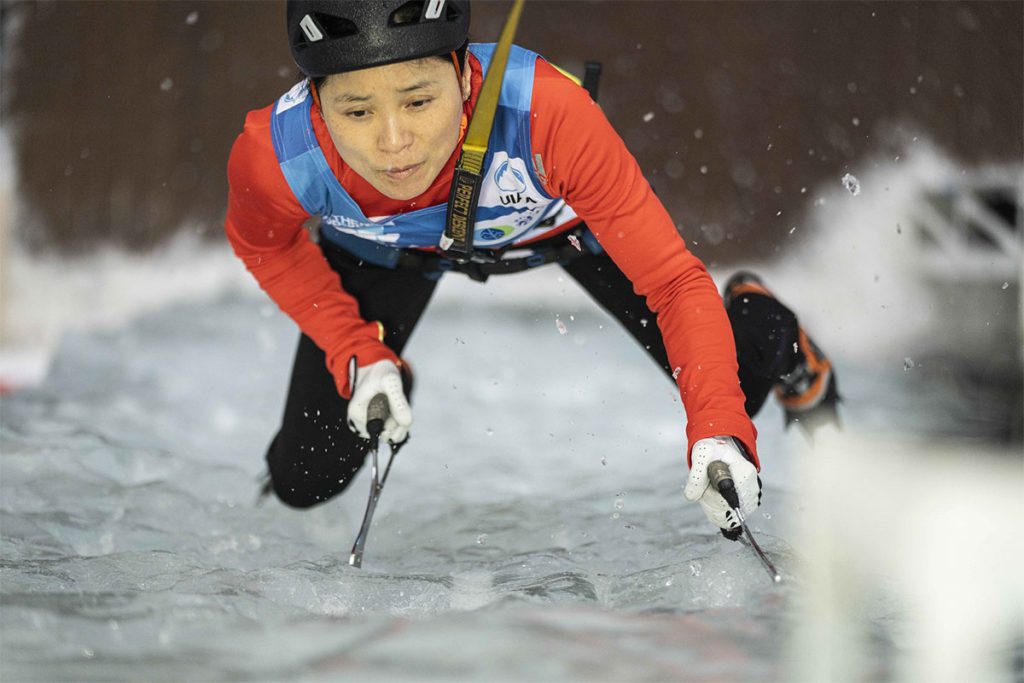 Women’s Speed: Owing to a few technical issues, the final four female athletes saw their final delayed until the close of the lead competition. In this quartet Catalina Shirley took on Olga Kosek for the bronze medal and Lee Sughee (above) faced Aneta Louzecka for the gold. In the former, the young American climber prevailed winning both climbs. A similar story prevailed in the gold medal climb with Lee Sughee’s measured approach defeating the Czech athlete. 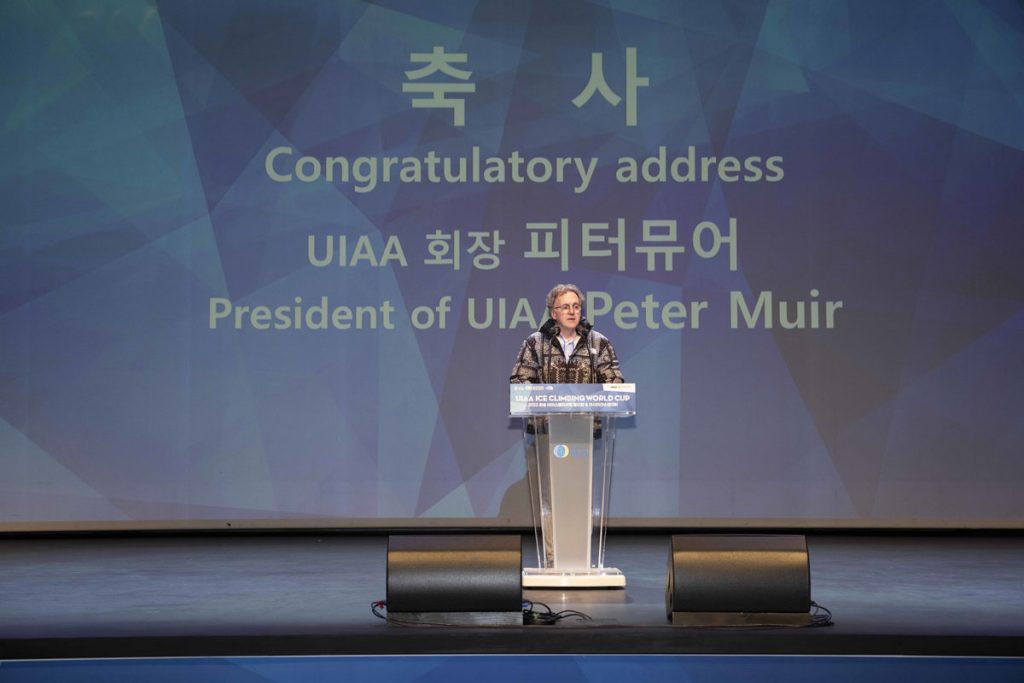 The UIAA thanks the Korean Alpine Federation (KAF) for its excellent hosting of the event and warm hospitality shown to all athletes and delegates. UIAA President Peter Muir attended the event together with Chairman Kihak Sung of the Youngone Cooperation, longstanding partner of the UIAA Ice Climbing World Tour, as well as KAF President Joong-ho Son.

Photos from all events, cleared for editorial use, are available on the UIAA Flickr channel.

A press review from each UIAA Ice Climbing World Cup will be published before and after each event. Subscribe here to review news releases.

Results from Cheongsong and other information can be found on the UIAA Ice Climbing website. Please note that results are being updated owing to a few technical issues.

The second event of the season will be held from the 19-21 January in Champagny-en-Vanoise.