Nearly a hundred athletes from 19 countries are expected to take part. Action commences on Friday 20 January with qualification and then the Lead Semi-Finals (1800 local time). The Speed (0930 local time) and Lead Finals (1430 local time) will be held on Saturday 21 January. Livestreaming will be available on the UIAA YouTube and Facebook channels. Embed codes and links are available below. Subscribe to the UIAA YouTube channel for stream reminders. Check your local time here.

Among the largest national teams will be the host country as well as Great Britain, Japan, Mongolia, Slovakia, South Korea, Switzerland and the United States.

Men’s Lead: Last weekend South Korean legend Heeyong Park turned back the clock to take the gold medal on his ‘home’ wall. Returning to Europe, he is likely to face a considerable challenge from Team France. Reigning world champion Louna Ladevant will look to put last weekend’s disappointment (a fall in the final eight) behind him whilst brother Tristan will hope to better a well deserved bronze medal in Cheongsong. Virgile Devin, consistent on the European circuit, will also be a threat to the leaderboard while Nathan Clair returns to the French World Cup squad. Lee Younggeon of South Korea claimed silver last weekend and like Park will seek to top the overall standings going into the final round in Saas-Fee. Iran’s Mohammadreza Safdarian, a former World Cup winner, is a consistent presence in the final eight.

Women’s Lead: Swiss Olympian Petra Klingler has won gold at the last two major UIAA ice climbing world level events, World Champion in Saas-Fee (2022) and gold medallist in Cheongsong last weekend. She starts as the athlete to beat but South Korea’s Woonseon Shin, like Park, returns to Europe and was silver medallist in Champagny in 2019. During that same event Klingler won bronze. Switzerland’s ever consistent Sina Goetz will again mount a podium challenge with the likes of Eimir McSwiggan (Ireland), Haruko Takeuchi (Japan) and Marianne van der Steen (Netherlands) also impressing in Cheongsong. France’s Marion Salmon-Thomas, a regular World Cup finalist, returns to action and her experience of the venue may prove crucial. 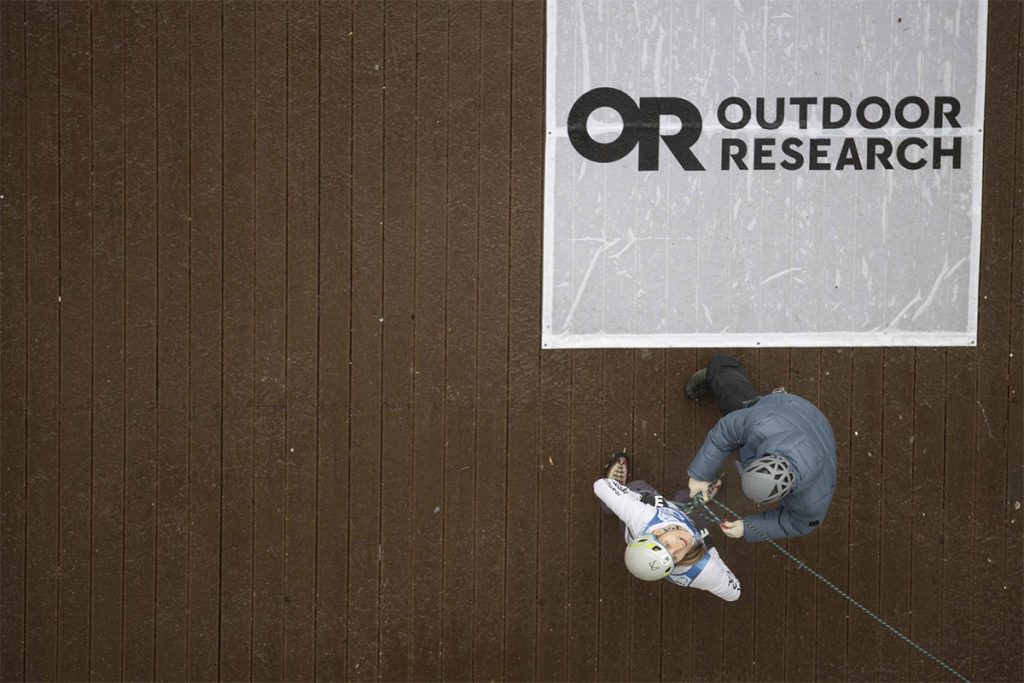 Men’s Speed: Returning to an athlete against the clock format, the speed competition will offer a demonstration of raw speed, power and technique. Mohsen Beheshti Rad of Iran is the favourite for gold but in a discipline where any flaw can be brutally exposed, there is no margin for error. David Bouffard (Romania) and Kherlen Nyamdoo (Mongolia) were his closest challengers in South Korea. Dennis van Hoek (Netherlands) will be amongst those hoping to medal.

Women’s Speed: None of last weekend’s three medallists are currently registered which opens the opportunity for a first-time gold medallist. Olga Kosek (Poland) missed out on a medal in Cheongsong losing the bronze medal climb. Finland’s Enni Bertling and the aforementioned Van der Steen and Salmon-Thomas all have significant pedigree accumulated in recent continental events. Switzerland’s Vivien Labarile narrowly missed out on a podium last weekend.

The semi-finals of all lead events, and speed finals, will be livestreamed on the UIAA YouTube channel and also broadcast on the UIAA Facebook channel. See links above.

Photos from all events, cleared for editorial use, will be posted to the UIAA Flickr channel.

Live results & registration lists from Champagny-en-Vanoise and other information can be found on the UIAA Ice Climbing website. The event programme is here.