AXES AT THE READY: RETURN OF THE UIAA ICE CLIMBING WORLD TOUR

Please note that this article was originally published on 17 August 2021 and has been amended to reflect the following updates confirmed on 17 September 2021.

Thirteen competition events. Seven countries. Three continents. Two festivals. Running from November 2021 to March 2022, the UIAA Ice Climbing World Tour – partnered by Outdoor Research – is set for a return to a more normal rhythm following the understandable rescheduling and disruption during the past eighteen months. Throughout the season, some of the world’s leading ice climbers will offer a masterclass in speed, athleticism, precision, decision making and core strength. Often all at the same time.

SENIOR AND YOUTH WORLD CHAMPIONSHIPS AT THE SAME VENUE 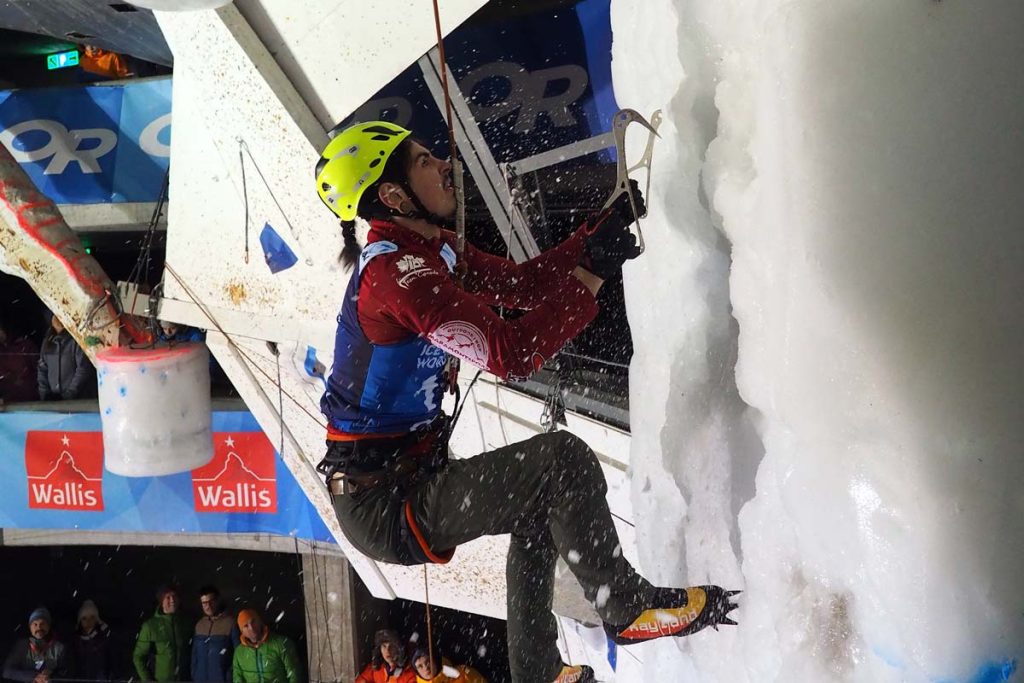 Saas-Fee, the popular resort in the Swiss Alps renowned for its unique ice tower and as a magnificent competition venue for over twenty years, will host the most significant event of the season, the World Championships which for the first time sees the full competition and the Youth Championships take place in the same slot (26 – 29 January). While the World Youth Championships have been held annually throughout recent years, the last Senior competition dates back to 2019 when the event was held in Kirov, Russia. Winners on that occasion were Nikolai Kuzovlev (men, lead – Russia), Woonseon Shin (women, lead – South Korea), Vladislav Iurlov (men, speed – Russia) and Maria Tolokonina (women, speed – Russia).

The UIAA Ice Climbing World Cup season opens in in Cheongsong, South Korea which in its traditional slot commences the series of three World Cup events from 14-16 January. It will be followed by the World Championships and a series of Continental competitions before back-to-back events in Russia, first in Tyumen (4-6 March), fresh from hosting last season’s UIAA Ice Climbing World Youth Championships and then on to the ski jumping paradise of Kirov (11-13 March), a regular stop on the circuit, to close the campaign. The last World Tour concluded in February 2020 when the winners were Louna Ladevant (men, lead – France), Anton Nemov (men, speed – Russia) and Maria Tolokonina (women, lead and speed – Russia). Due to mounting external factors, the competition scheduled for Vail, Colorado has now been postponed until 2023. The organziers are planning for an even bigger event with the 2023 UIAA Ice Climbing World Cup headlining the Vail Winter Mountain Games. 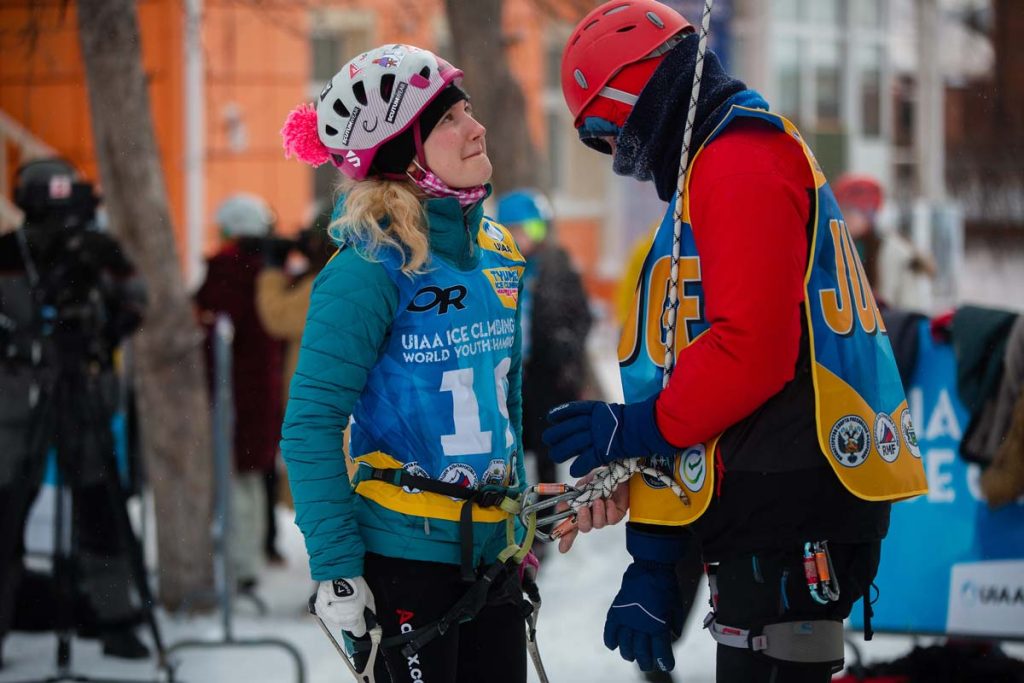 The calendar is also made up of a number of continental and regional competitions, the format of some of these events is still to be confirmed.

North America: Competitions are planned in Michigan (6 November) and in Ouray (4-6 February). The latter is set to feature a Continental Senior & Youth Championships as part of the programme. The UIAA will also support the distribution of the livestream from the Ouray Ice Festival (21-23 January) as well as Festi-Glace held in Quebec, Canada (18-20 February).

Europe: Athletes based in Europe should have up to six events outside of the World Tour competitions comprising meets in Switzerland, Slovakia, Czech Republic, the Netherlands, Liechtenstein and Finland. The event in Finland will also host the European Championships in lead and speed for both Youth and Senior categories – giving the youth competitors no less than three events to compete in this season.

Asia: The UIAA Ice Climbing Commission had hoped to run a competition in Tehran, Iran (4-6 February). Due to continuing Covid-19 restrictions in Iran the event has now been cancelled. The Commission is exploring opportunities to host other events in Asia.

Livestream will be available from the UIAA Ice Climbing World Championships and World Cups as well as from some of the Continental competitions. The UIAA is continuing to work on increasing the distribution of event broadcasts. Access to live results will be provided and enhanced through the UIAA’s partnership with Vertical-Life and a new UIAA Ice Climbing World Tour website will be launched in the autumn of 2021.

Details on how athletes can register for events will be provided to member associations in due course. Rules, regulations, the list of judges and routesetters as well as the Athletes’ Handbook will all be released in the coming weeks. 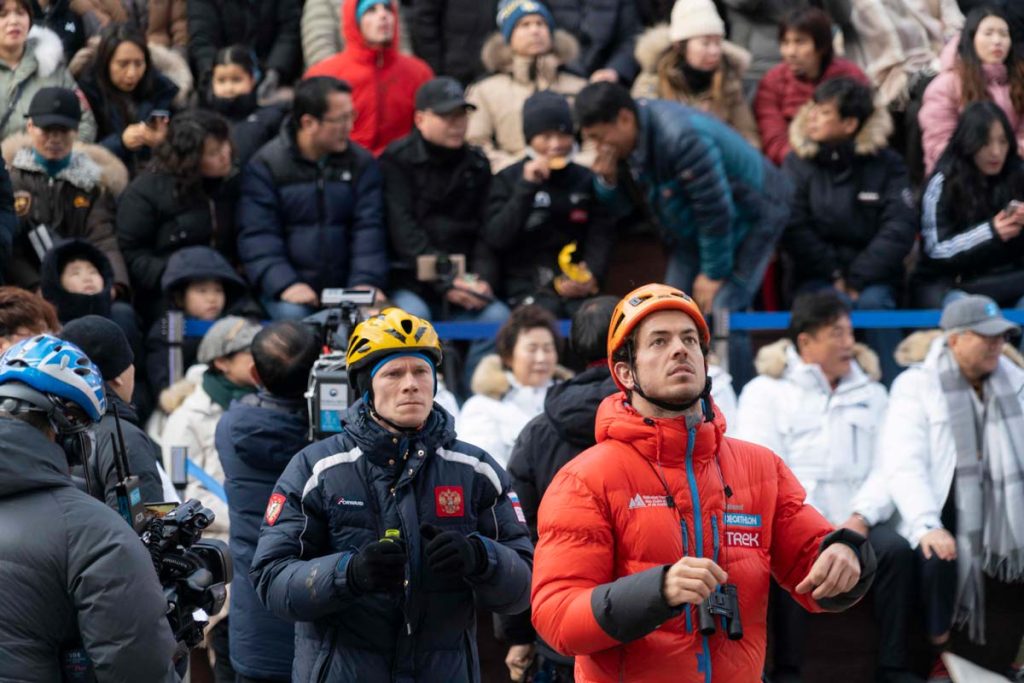 Please note information is subject to change particularly in relation to the format and naming of the Continental competitions.